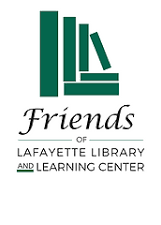 Friends of the Lafayette Library present

who will discuss his book

In 2016, amid an epidemic of police shootings of African Americans, the celebrated NFL quarterback Colin Kaepernick began a series of quiet protests on the field, refusing to stand during the U.S. national anthem.  By "taking a knee," Kaepernick bravely joined a long tradition of American athletes making powerful political statements.  This time, however, Kaepernick's simple act spread like wildfire throughout American society, becoming the preeminent symbol of resistance to America's persistent racial inequality.

One of UTNE Reader's "50 Visionaries Who Are Changing Our World," Dave Zirin is a columnist for The Nation, SLAM Magazine, and The Progressive. His many books include A People's History of Sports in the United States, Game Over, Bad Sports, and The Kaepernick Effect (all published by The New Press). Host of Sirius XM's popular weekly show Edge of Sports Radio and a regular guest on MSNBC, CNN, and ESPN, he lives near Washington, DC.

The Kaepernick Effect: Taking a Knee, Changing the World (Hardcover)

We make every effort to get your books to you as quickly as possible. Please note that shipment times for books not in stock are estimates. Please call the store if your order is time sensitive.

Powered by My Must Reads

Story Time is currently on hold, but we hope to be offering it again soon!

If you are a local author who is interested in having us host an event to promote your book, Click Here to fill out our application.